Representative Andrew Collins is running for re-election to continue to fight for Arkansas families in the Legislature. Help us build a better Arkansas!
VOLUNTEER 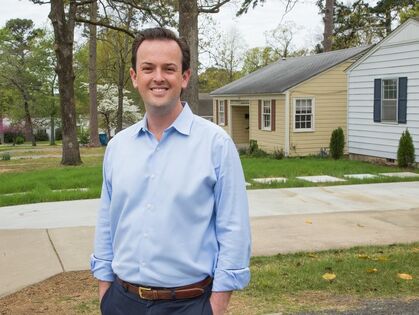 It's an honor to serve as State Representative for a House district that runs from Riverdale out to West Little Rock. I grew up here and am proud to call it home with my wife, Meghan, and three kids.

I believe in strong schools, economic opportunity, and prioritizing health and safety. We face challenging headwinds in our state. But since I was elected in 2018, I've been fighting for Arkansas families by speaking up, working hard, engaging with people from all political backgrounds, and constantly communicating with constituents. I’m proud that 17 of my bills have passed into law on issues like improving voting access, helping small businesses, confronting the opioid epidemic, and cracking down on crime. Even my bills that fell short, like returning LRSD to local control and cleaning up dark money in our judicial elections, drove the conversation forward. And I’ve consistently spoken against the extreme partisan agenda and misinformation that have unfortunately been on the rise in our Legislature.

Please contact me any time, on any issue. You can use the contact form on this website, email me at andrew@andrewcollinsAR.com, or call my cell at 501-650-2233. ​Together, let's keep fighting for Arkansas families.

Every decade, following the Census, legislative boundaries are redrawn. Andrew had been representing  District 35. Now, he is running for District 73. While both districts run from Riverdale through West Little Rock, some neighborhoods have been added to the new district, and some have been removed. 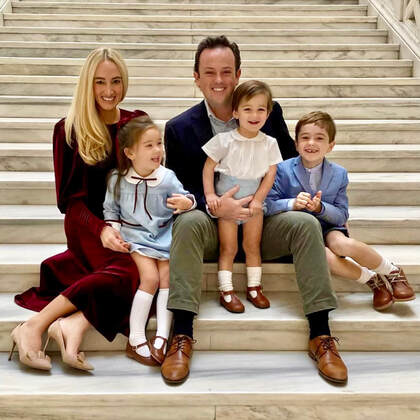 Andrew was elected to the Arkansas House of Representatives in 2018, representing a district that runs from Riverdale through West Little Rock.  He is a member of the Judiciary Committee and City, County, and Local Affairs Committee and is chair of the Finance Subcommittee. In 2019, he was appointed to the Arkansas Access to Justice Commission, which helps ensure equal access to justice for all Arkansans. In 2021, he was appointed to the Cybersecurity Task Force of the National Conference of State Legislatures.

Andrew grew up in Little Rock. He graduated from Duke University and Columbia Law School. In between, he worked on hunger and poverty issues as a national service volunteer through the AmeriCorps VISTA program. He is an attorney and works as chief operating officer of Cypress Properties, a real estate management company. He and his wife, Meghan, have three children.